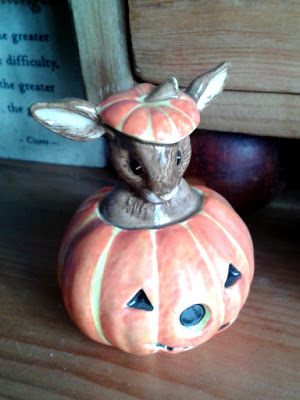 I used to collect ornamental elephants after a boyfriend started to buy them for me. But when the dust had gathered on that relationship I gave away the pachyderms and started collecting rabbits and hares. I'm told I look rabbit-like when I sniff things, my nostrils moving rapidly. The nickname 'Wabbit' stuck and my collection began to grow.

At first I gathered all types of rabbits or hares regardless of what they were made from, and then collected Hantel miniatures before moving onto Royal Doulton china. 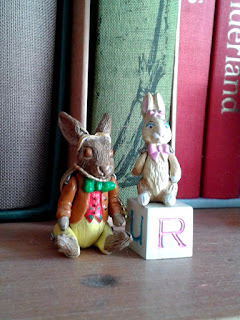 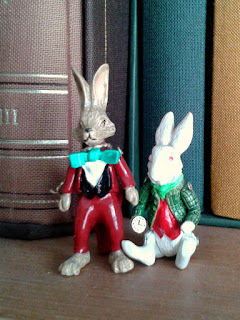 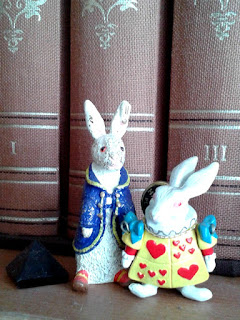 Hantel figures are made from cast pewter and enamelled. The company was set up in 1973 by Frances Wilson from Warwick, England and in 1980 the miniatures began to be made with jointed limbs in Scotland. In 1999 ownership changed again and in 2007 the company was retired. The rabbits sit on my bookcase between stories of fantasy and my Folio books. 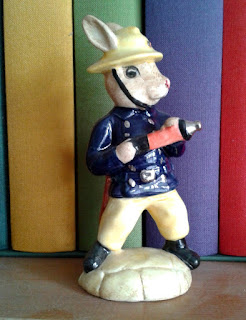 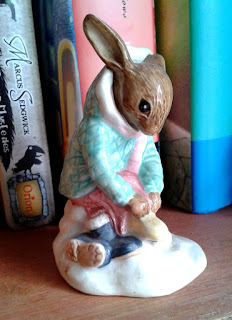 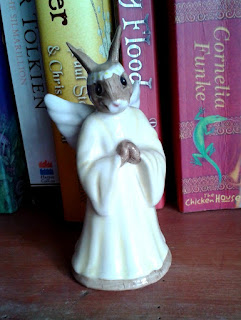 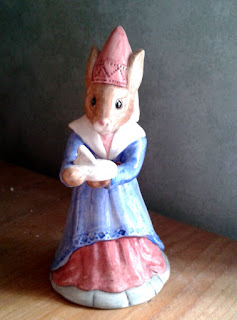 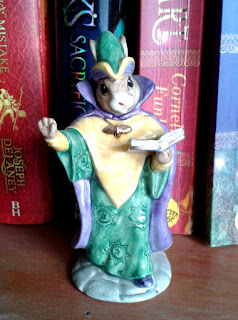 I have five Royal Doulton Bunnykins all pre-2005 after which they began to be made in Asia. Like the Hantel change of production I lost interest when the Doulton rabbits were mass produced - I felt the quality changed. 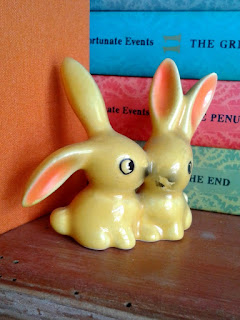 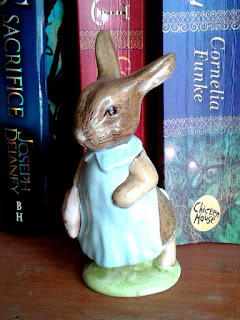 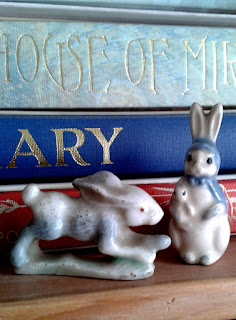 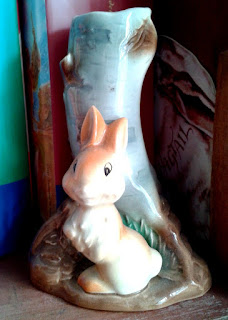 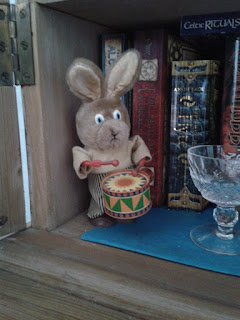 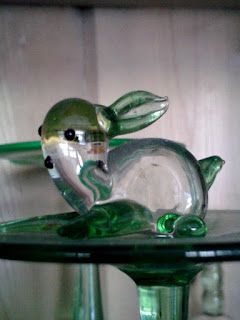 I have cardboard boxes in storage labelled 'Vintage' which contain many more leporine variations - there's only so much room for dust-collecting ornaments no matter how cute.

It may be handy for friends and relatives when you amass a collection as it's very easy for them to know what to buy at birthday and Christmas but there comes a time when you realise that your collection has swelled enough. The only bunnies I now collect are those on my 'Wabbits' Pinterest page.