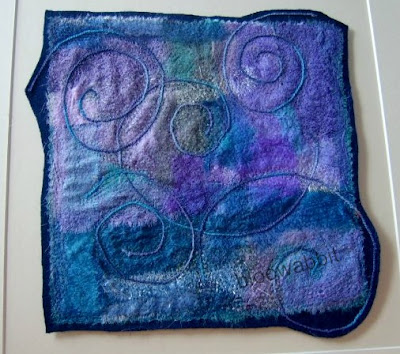 It was 2001, I had lost my job through disability and needed a new focus. My sister-in-law and I enrolled at a City & Guilds course (Embroidery & Related Art). I learned how to do hand embroidery, use water soluble fabrics and machine embroidery work. I began using an embellisher (machine felter). It was good to be in the midst of a group of people with shared interests even if that was just half a day each week.

The work I produced was craft from an arts perspective. Our tutor entered me for an award and thanks to Madeira Threads I soon had a stand at the Fashion & Embroidery Fair at Harrogate. Life was looking up. The pieces I made had a celtic theme and related to family history. 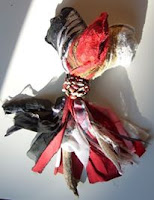 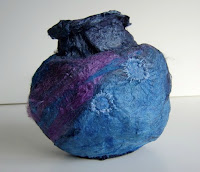 Park of my fibreart included making 3D objects. The embroidered linen box was made for my sister to her specifications of size and colour. Each 'gourd' was made from handmade silk paper formed around a number of jigs, allowed to dry thoroughly between each stage before hand embroidering. The 'Talking Stick' was made to be used within a woman's group and features the three stages of womanhood - the maiden, the mother and the crone. 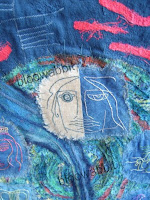 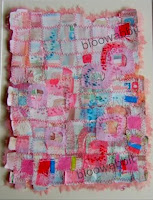 
During the 5 years doing C&G courses I had to make a number of final pieces and I saw the opportunity to make something for family members and friends while learning how to complete commissions. For an artist used to simply creating what she sees in her head, designing artworks from another person's preferences was quite tough. But I learned how to stand my ground when I felt the recipient was going off course or wanting something that simply looked bad! 'An Tain' and 'Pinks' were made for two close friends. I was approached by the Irish Dramatherapy Group to make a wallhanging for the late great Paul Rebillot. 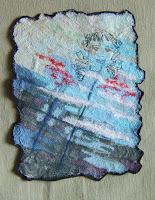 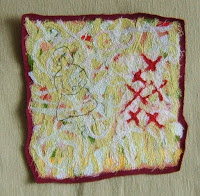 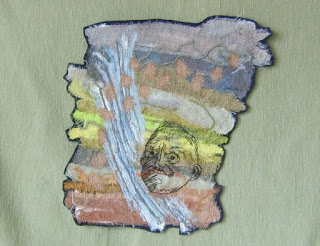 Although I had studied painting at art college I was now calling myself a fibreartist. I approached artworks in the same way as I had paintings, using wool felt as my canvas, an embellishing machine as my paintbrush and an array of hand-dyed fibres and fabrics as my paints. 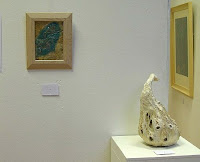 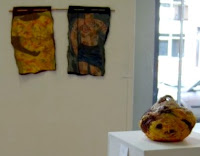 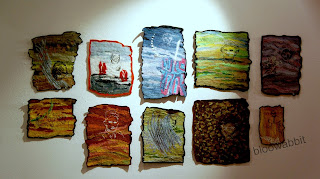 Through ADF I have work exhibited internationally in Prague and in Nagasaki.


Fibreart is a labour intensive artform and in 2012 after I began to develop Polymyalgia Rheumatica I found it impossible to work because of the pain in my shoulders, arms and hands. But an artist will usually find an alternative technique just to be able to create. Since 2010 I'd been making 'doodles' in black and white and as I could hold a pen I developed this artform with added colour from alcohol markers.

Steroids have sorted the Polymyalgia but I've settled back into drawing and probably will not return to making fibreart. I may develop it at a later date or merge it with what I'm doing now. That's the beauty of art, it's flexible and adaptable. 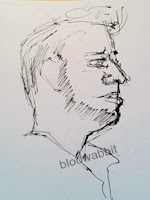 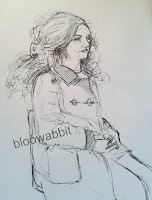 It's strange how acquiring a disability that entirely changes a safe and secure life can open a newer brighter part of that life. I am not supporting myself through my art, am a semi-professional, but creating art has enriched my days. And it's important to follow your passion...