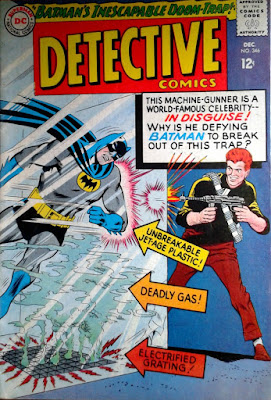 The thing I like about Batman is that he isn't a superhero. He's a guy, a human, dark and broody with touches of Inspector Gadget.

I watched Batman & Robin on our first television set way back in the 60s, in not-so-glorious black and white. I had no idea Batman wore a yellow belt or that Robin wore green and red with a yellow cape until my uncle who lived in the US brought comic books back with him on his summer visits. I loved the original TV series with its comic effect 'WHAM!' and 'BAM!' splashed across the screen. Wonderfully hammy B-movie quality that satisfied my 7 year old thirst for action. And the goodies always 'got' the baddies. 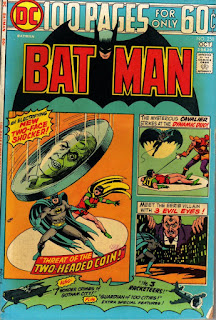 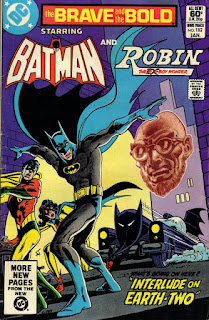 From reading the comics I was beginning to pick up on Batman's dark psyche and his struggles with what life dealt him. To a young teen he seemed a sad hero and I felt glad he had Alfred. But Robin was a side-kick I found a tad irritating regardless of whichever young human became the part. Even then I felt Batman could do better on his own.

In the late 80s & 90s Batman hit the big screen with Tim Burton's dark slant. I was initially excited to at last see big screen films being made of my hero but they didn't more than scratch the surface of who or why he was what he was. (There are a couple of Batman films made in the 40s that I've yet to see). I liked Michelle Pfeiffer's Catwoman, how she played her character's regeneration into something very damaged which I think worked well with Batman's introversion. 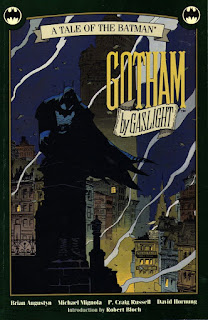 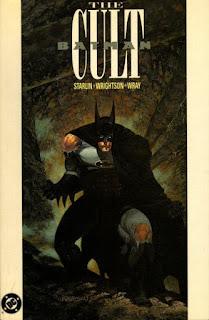 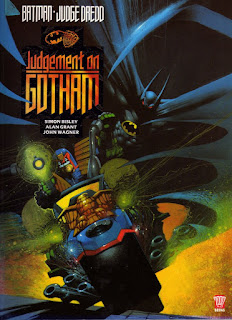 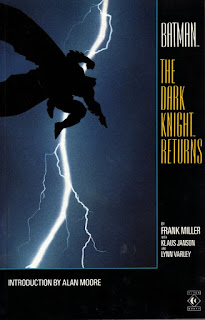 In the 90s I was introduced to modern Batman comics and graphic novels, mainly choosing editions because of their cover art. My favourite are those with Batman semi or fully silhouetted and I love the 'Knight Gallery' sidespin edition with its pages of pseudo design sketches by Bruce Wayne. 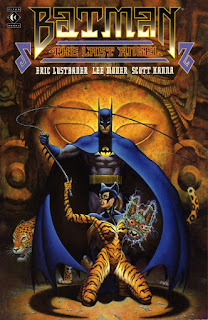 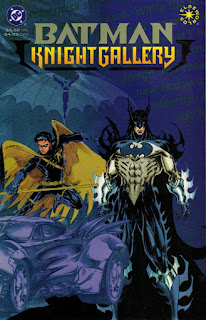 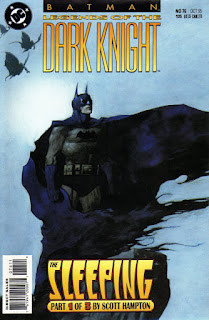 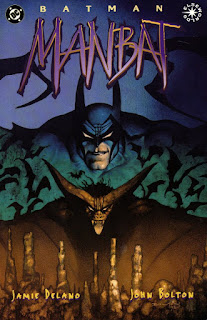 I prefer films of the dark vigilante which hint at the vulnerability hidden deep within the hero's self. I haven't yet watched the recent Superman V Batman and I'm not sure I will - from the reviews I've read I think Zack Snyder may have taken the darkness too far. Batman has always been for me a figure of nobility in spite of his demons. By the sounds of it Snyder has pushed Batman's boundaries so far that he loses that integrity. 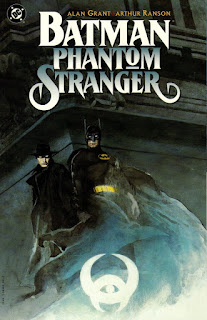 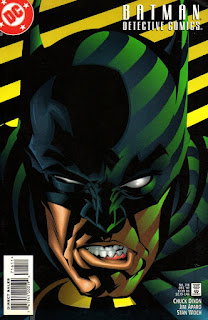 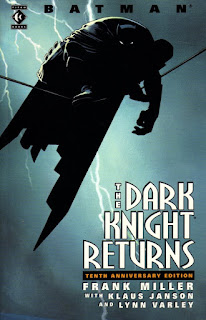 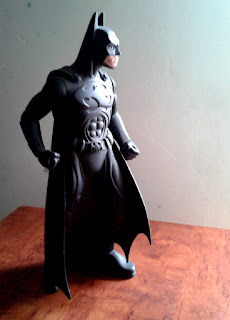 It's been a long while since I purchased a Batman comic or even ventured back into the comic book store. There have been moments where I've bought Batman & Batmobile shower gel figures and a Batman toothbrush (none of which I've ever used). I toyed with the idea of buying a Build-A-BatBear and then wondered ruefully what had become of my hero worship. My best and latest buy though has been a Batduck...because everyone needs a dark and troubled bath toy. 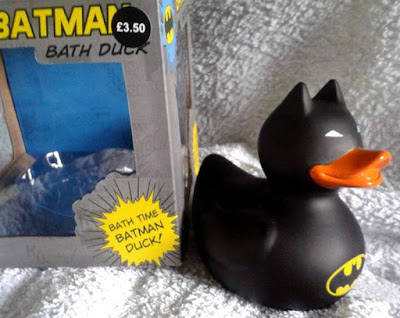