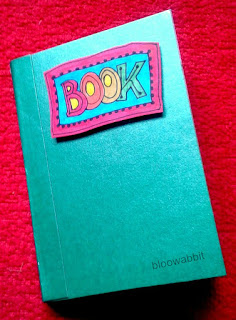 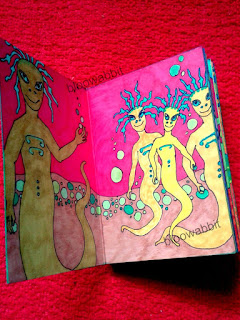 The mini books were a development from 'doodles' I'd begun to draw with alcohol markers from 2012. Wanting to make the images more three dimensional I thought of making illustrative books and kept the size small partially to test out the idea and also because I like tiny objects. 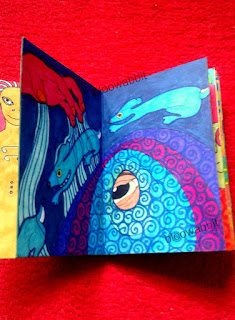 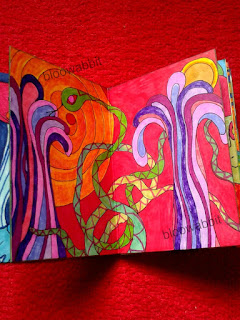 I used small greetings card stock, drew & coloured on the plain side and glued the outer surfaces together. After trimming them I stained the edges with the broad end of a ProMarker. 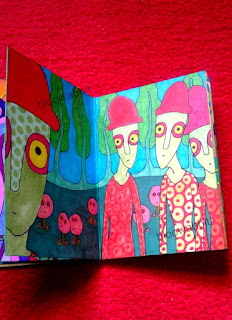 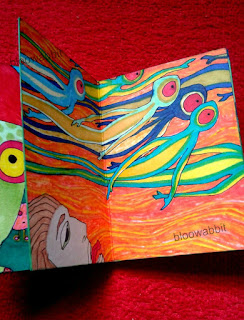 In each of the mini books drawings were done freehand, without pencil sketches, in the style of the 'doodle' art I'd been making. In the 1st book each double page is unrelated to the others, the book being a collection of individual mini artworks. The images are a mix of fantasy creatures in fantastical settings. 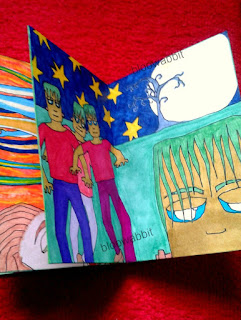 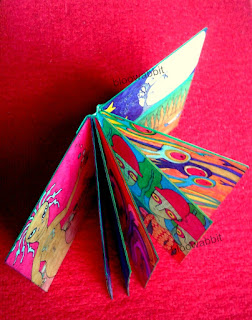 Alex and Kayla from Oh Hello Stationery Co now own this little treasure. 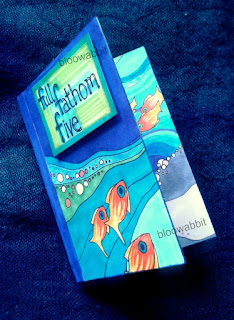 'full fathom five' is the 2nd mini book, made not long after the 1st. The artwork is based on the story of Ariel's song from the Tempest written by Shakespeare. I've loved this poem/song for a long time. I love the imagery in it and its description of the power of the sea to make irreparable changes. 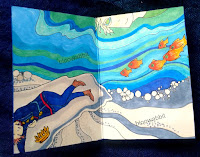 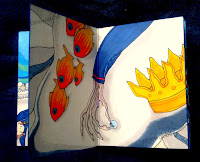 'Full fathom five thy father lies,
'Of his bones are coral made.

'Those are pearls that were his eyes,
'Nothing of him that doth fade 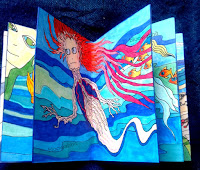 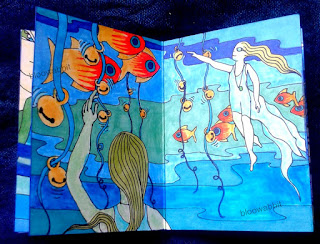 'But doth suffer a sea-change
'Into something rich and strange.
'Sea nymphs hourly ring his knell, ding-dong. 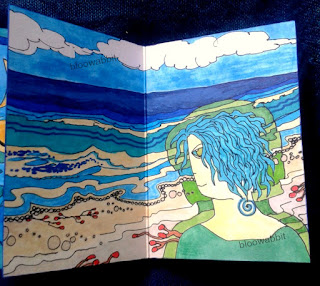 I pictured the bells on long ribbons masquerading as seaweed. And the beach with its trails of weed and stones is like a beach from the North Coast of NI, hit by the Atlantic with every turn of the inward tide. 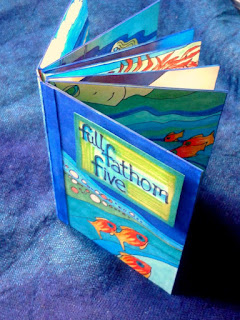 This book is my own little treasure, made for me by me.

'Swarm' was based on an animation I had begun to draw at art college and never finished. In the animation a swarm of ivy leaves, like birds, fly around a single tree. The ivy begins to strangle the tree before flying off in a swarm once more, leaving the tree to slowly fall and merge with the ground beneath it. 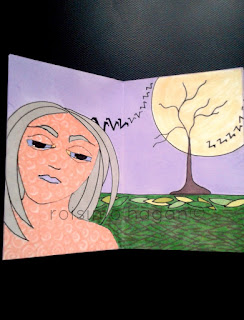 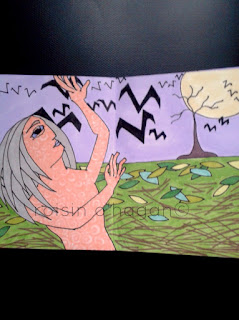 In this mini book the swarm is something sinister, bird-like but also like the 'V' of 'Venom'. The character realises that an attack is happening and tries to defend his/herself. 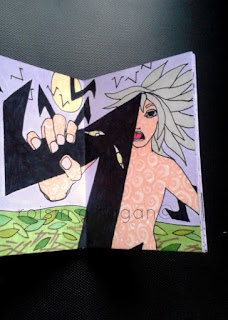 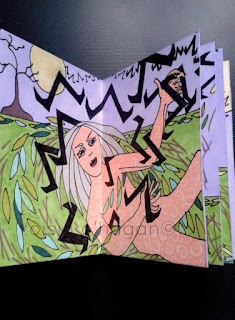 As the character grabs one from the swarm we can see it has eyes and may be sentient. The swarm engulfs the person, pulling up grass and fallen leaves as it swirls around. 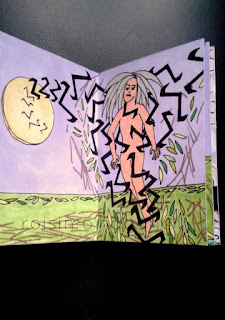 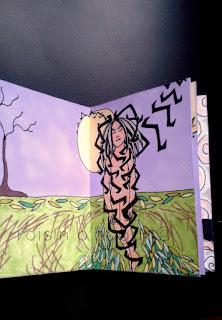 Almost cocooned by the swarm the person beings to metamorphosize, darkening like the black of the swarm itself. 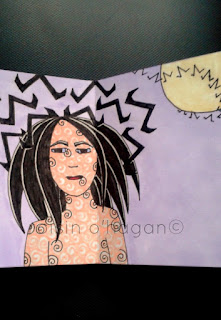 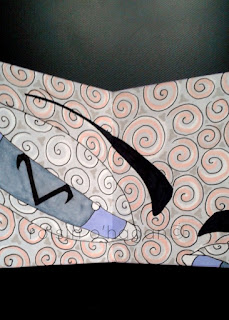 The person's skin and hair changes. Their irises reflect the transformation and echo the first image of the book. 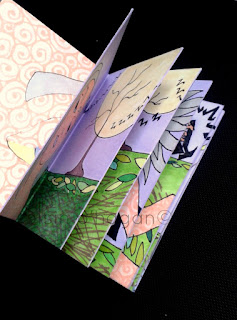 There's something nice about having a three-dimensional artwork to hold, to turn its pages and reveal further images. Like a small comic book without words.

There are other poems and verses of songs I'd like to illustrate in book form. Mini-sized or larger, a book of images to flick through and stimulate the imagination.

Copyright © 2016 by Roisin O'Hagan/bloowabbitAll rights reserved. The artworks/illustrations or any portion thereof may not be reproduced or used in any manner whatsoever without the express written permission of the artist except for specific permission granted with a free downloadable.
Posted by Rois at 14:07