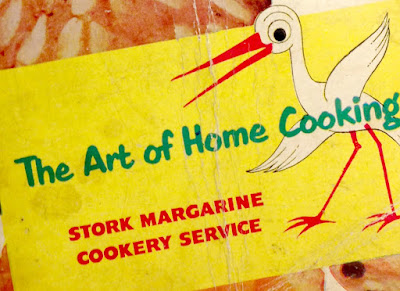 One of the traditions of a Christmas at my Mum's was her sweet mince pies. Her pastry was legendary. Sweet short crust pastry which crumbled in the mouth. She was the kind of baker who didn't weigh out her flour or margarine - it was almost instinctive, she'd made pastry so often over so many years. She shared her pastry recipe with me in 1995 including weights and after she passed my sister and I worked out how to make her mince pies. 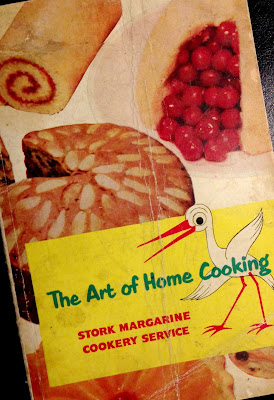 Mum swore by block Stork, wouldn't use anything else - and I had held onto her copy of the Stork recipe book. My sister and I both started baking. 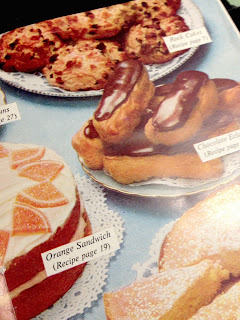 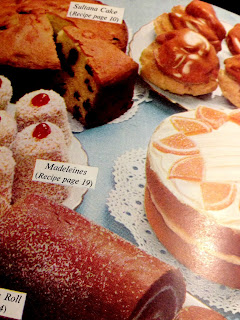 The Stork book was printed in 1954, a second edition, and the photos within it were wonderful glimpses of cakes and buns from that time. 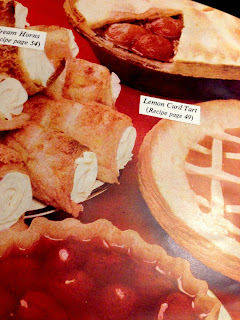 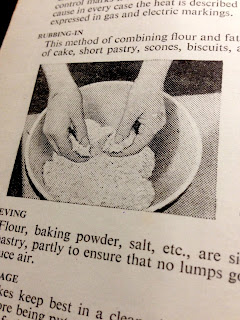 The recipes themselves were punctuated with grainy black and white photos showing how 'to do' the tasks. 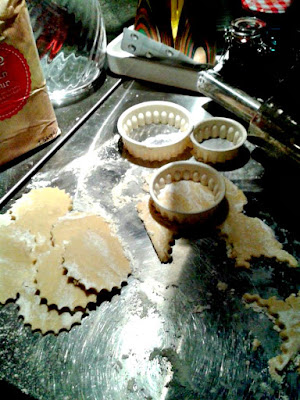 After some trial and error we got the pastry recipe right but it takes a cool hand to make good pastry. I came up with the idea when rubbing the margarine into the dry mix to lift it high before dropping back into the bowl and think cool thoughts! I still do that. Once the pastry is made chill it in the fridge for at least half an hour. I use the same dimple-edged pastry cutters that were always used and bake the pies in a curved bun tray. 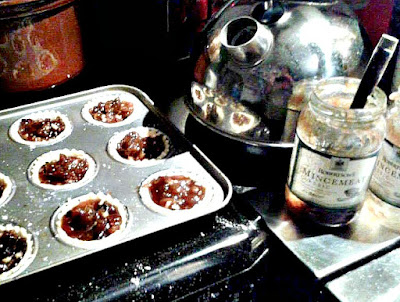 Robertsons Mincemeat was what our Mum used so, for an authentic flavour that's what's still used. 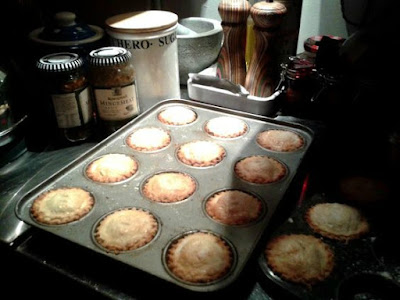 Use water to 'glue' the tops to the filled bases. After a few go's we knew to brush the finished pies with milk before scattering with granulated sugar. Beaten egg makes them too dark and glazed and the granulated sugar gives an almost icy texture. 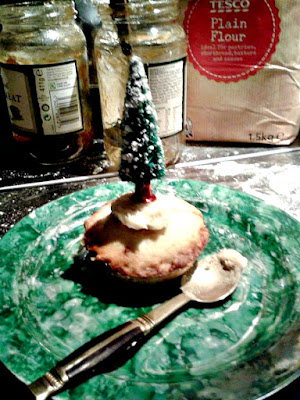 Better served hot though I like a small dollop of brandy butter. Tree is optional. So each Christmas I made my sister, my brother and my nephew a few batches of Mum's mince pies. For us Christmas wouldn't be the same without them.

Method:
Sift flour and work in margarine.
Stir in sugar.
Stir in egg or yolk mix (I prefer the yolk mix and then make meringues with the left-over whites)
Use wide knife and work into a ball of dough.
Divide into 2 balls, wrap in clear film and rest in fridge for half an hour.

To use:
Roll out onto a floured surface.
Using cutter a little larger than the diameter of the bun tins cut out 12 circles.
Using cutter same size as bun tins cut 12 rounds.
Place larger circles into bun tins and fill 3/4 with sweet mincemeat.
Using water brush around the edge of the larger pastry circles and fix the smaller circles on top.
With a sharp knife cut two slits in the top of each pie.
Brush with milk and scatter with granulated sugar.

To bake:
Second shelf from the top of a preheated oven - Mark 6/400degF/200degC.
Bake for 20-25 mins or before they brown too much.
Allow to cool in bun tins for 15 mins and then coax out onto cooling rack.