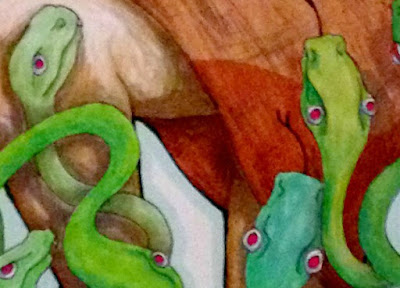 Started thinking about drawing something for St.Patrick's Day. I didn't want to create a religious image but instead thought about translating Patrick as a slave boy into a fantasy image. And there would have to be snakes, loads of snakes. 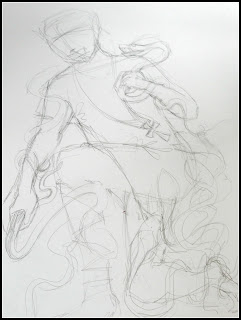 As the story goes, St.Patrick rid Ireland of all its snakes. He is usually pictured, in full religious regalia, hiding his bishop's staff out and all the snakes writhing away from him into the sea. I reckoned, as a fantasy character, Patrick would've wrestled with the snakes and also wrestling with his fear. I'm not trying to rewrite the story of Ireland's chief saint but to simply look at the story from a different perspective. 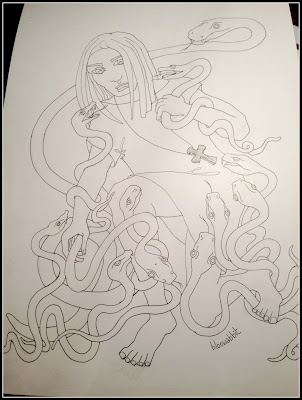 As usual, once I'd settled the image on paper I defined the pencil lines and inked the drawing . A larger snake fills the space at the top of the page. The snakes' expressions vary from openly hostile to curiosity. 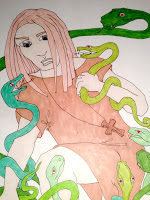 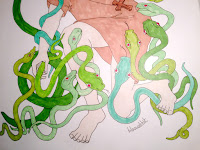 Laid down alcohol marker onto the page which was A3 Bristol Board. I went for a variety of greens and kept the figure's clothes very simple, as might be worn in 387AD by a slave. Patrick was a Briton seized by Irish pirates. 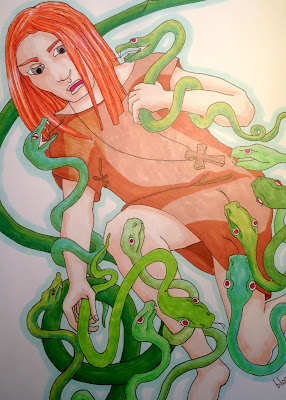 Intensified the colour by laying down Faber-Castell coloured pencil and built up texture and shadow. Although his kneeling leg looked okay in pencil, and even during the ink stage, it now looks awkward. Perhaps the snake wrestling has twisted it... 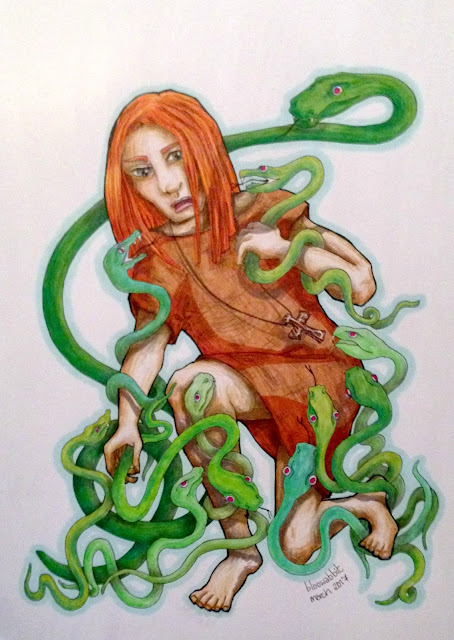