Year of the Rooster... 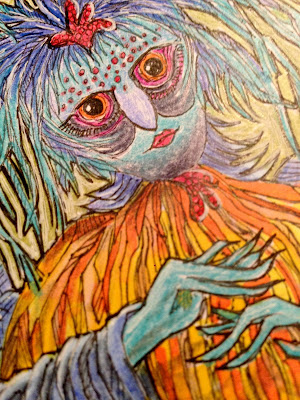 Chinese Zodiac Year of the Rooster begins on January 28th. Attributes are listed as 'sociable, courageous, accomplished and well dressed' with its negative 'always thinking they're right'. 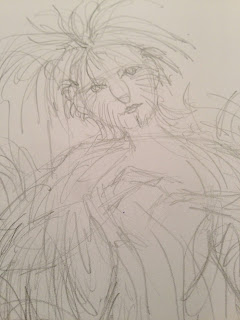 Usual pencil sketch, getting down on paper the idea that's in my head. Initially I had a Rooster Superhero type of figure, positive attributes represented by icons in the background. But I kept it simpler and what resulted was a strange hybrid rooster-woman. 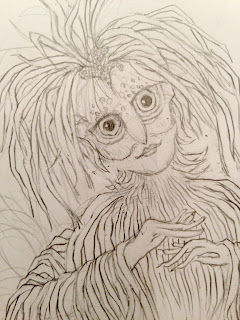 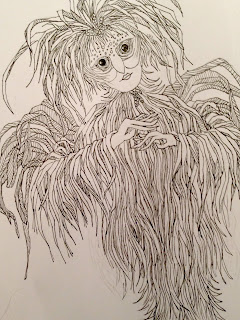 Drawing the feathers took forever, especially as they were drawn twice. Fine pencil line followed by black fineliner.I did think of leaving it there but the vivid plumage in some of the roosters I saved on Pinterest (Year of the Rooster) made me want to break out the colours. 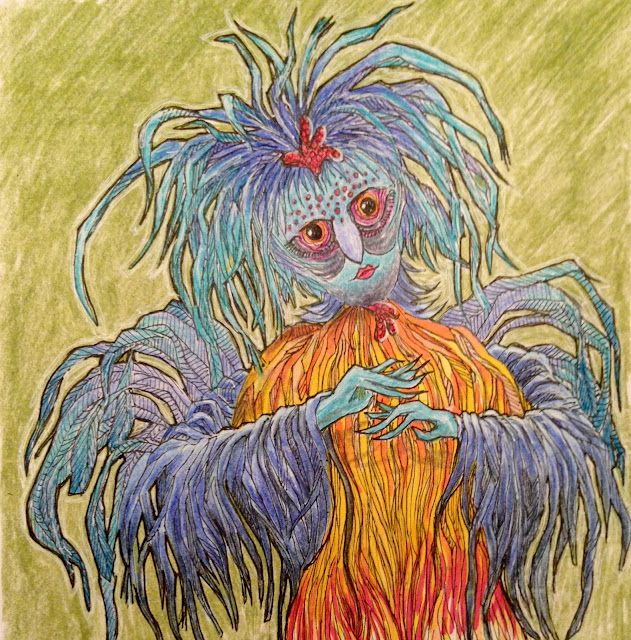