The ones that got away...

During the art challenge I'd set myself in February ( #februdoodle@bloowabbit ) I didn't only draw a single doodle per day. Occasionally I drew two or even three which meant that I sometimes had to choose which doodle to upload.

These are the doodles that got away... 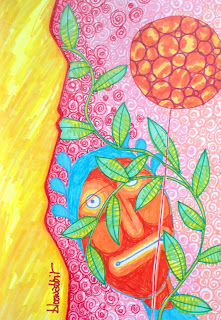 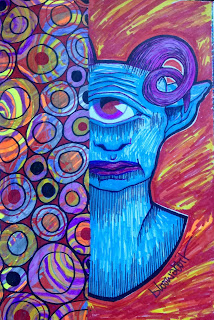 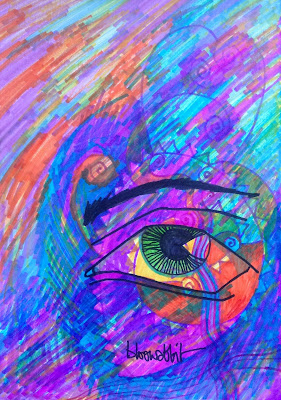 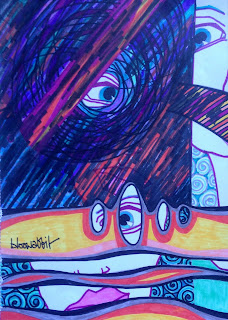 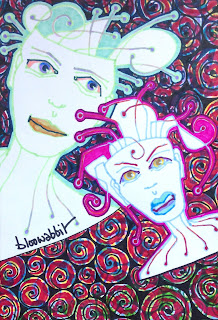 I like the single eye, it's similar to the day 7 doodle although it was drawn a week later - perhaps because I liked the image it reappeared. The 'block painting' and eye was drawn on top of a doodle that wasn't going anywhere. Others are overdone, doodles taken too far. Some are bridges between one style and another, and some are just strange - like the Minotaur or the small bug-eyed creature. I am frequently surprised by what comes out of my doodling.

There's an Inuit story I like (and frequently mention). A bone carver was producing some strange carvings and in understanding why he was doing so his fellow carvers remarked that he'd been finding some strange bones, implying that the form grew from the bone. The carver's hands merely freed what was inside. Sometimes doodling feels like this. I never know what's going to appear.

Once again, thanks to everyone who followed the challenge and left me likes and words of encouragement. Next week the blog will show how I personalised a DIY dollhouse studio with mini examples of my art and processes. Tweezers, glue and indigo air...
Posted by Rois at 06:22