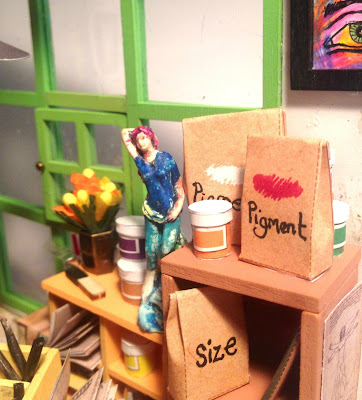 Pt 2 of personalising the dollhouse kit 'Ada's Studio'...and filling it with bloowabbit art. 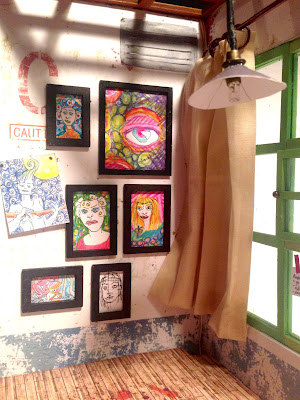 The tiny art I made for the mini studio turned out better than I'd hoped although I needed to draw and re-draw them to get the scale right within the frames. I like the vividness of the studio hung with vibrantly coloured art. 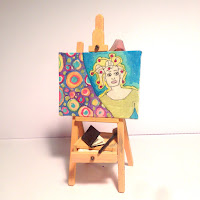 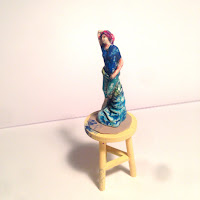 I was so pleased with the canvas on the easel and it's how I imagine translating February's doodles into full-size paint-on-canvas. I made a tiny black A4 sketchbook which is what I tend to use, complete with some little sketches. A maulstick sits beside it and a paint rag hangs over the top of the easel. Much of this detail mightn't be obvious when the parts are glued in situ...but I'll know they're there.

The Greco-Roman statue would have been so out of place (as would green plants which I'm really bad at looking after) so I painted it in colours that I frequently use. 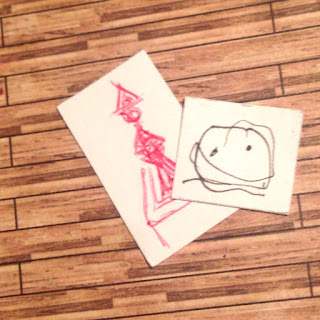 On the floor are tiny copies of art I drew when I was small - 2 images my parents kept over the years. Apparently I was asked what the amorphous drawing was of and 3 year old me replied 'It's a Snud'. The red drawing was of 'Tankgirl' after my sister suggested I draw what I saw out the window. I began to draw a concrete tank near the hen house but 7 year old me soon got bored and instead doodled with the red biro. Those two drawings are now lost but are part of my personal art history. 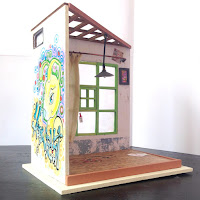 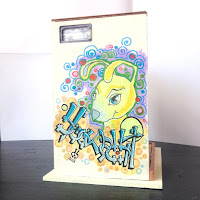 To finish the studio I wanted to do something with the exterior walls. A quick learning curve of YT tutorials and looking at exaggerated letter fonts before writing my bloowabbit name graffiti-style. There'll be a follow-up blog about making that.

And here are the images of Ada's studio transformed into blowabbit's studio... 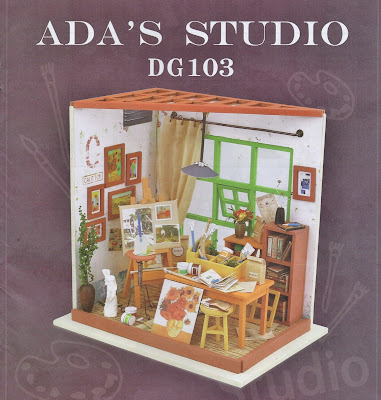 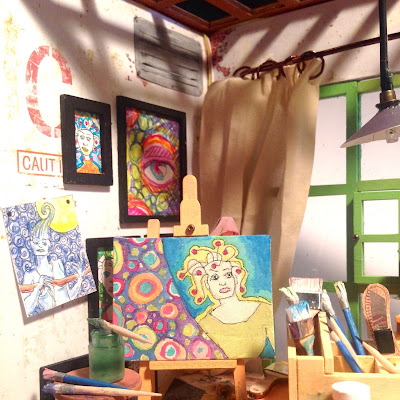 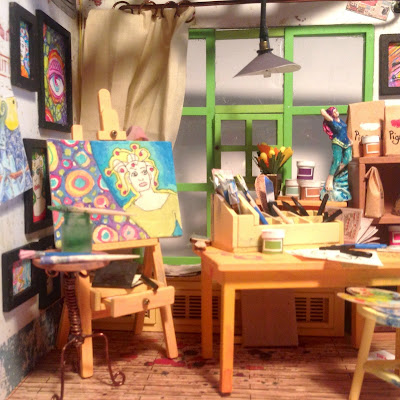 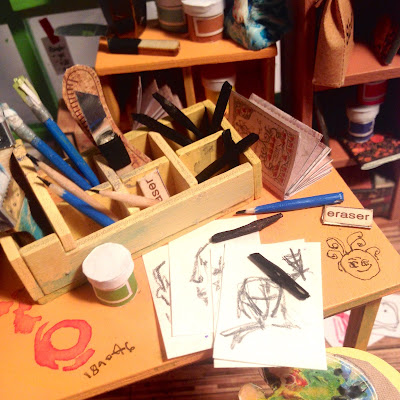 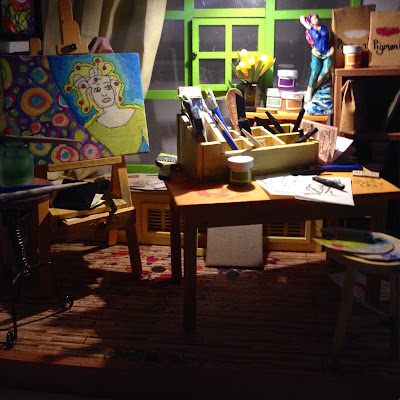 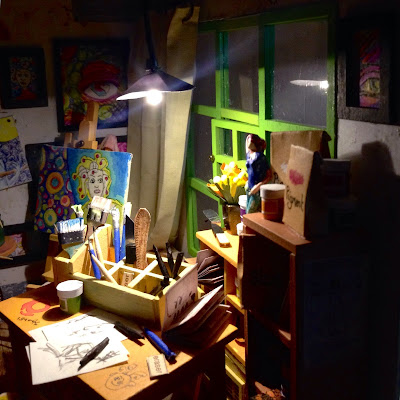 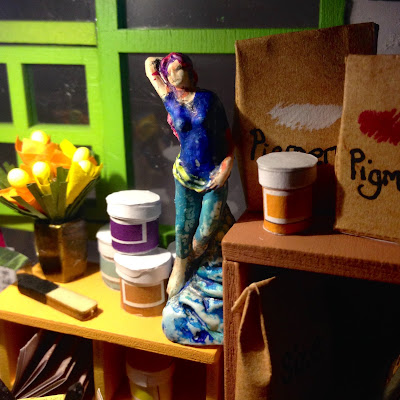 I loved most of the kit, especially the paint splattered floor and the industrial feel of the room. There were plants, vases and ornaments which I chose not to use. I've had great fun completing this project and I'm hoping to upload a short video.
Meanwhile...there's a Robotime bookshop I've my eye on...