After I'd finished personalising Ada's studio (links below) I wanted to decorate the exterior wall with graffiti. I imagined bloowabbit's studio to be situated in a artsy area which would be reflected on the outside. I have never tried writing graffiti so first step was to do a little research.

images of street art found on Pinterest without links attached 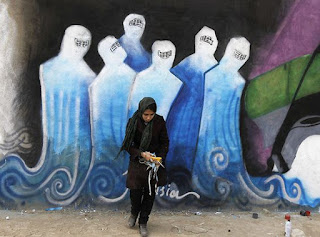 Photograph of Shamsia Hassani by Omar Sobhani/Reuters via The Guardian 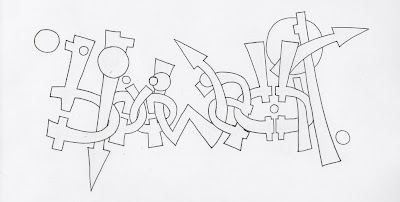 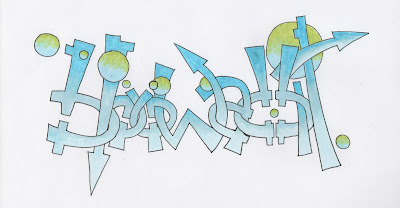 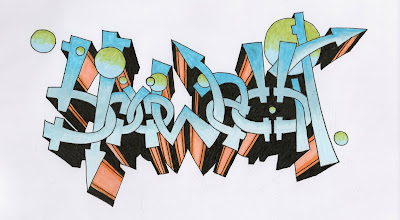 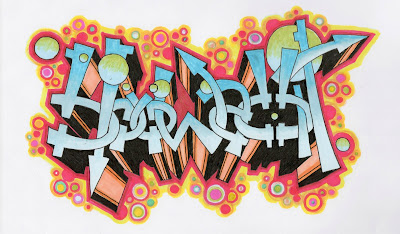 So that's my first go at creating a piece. I'm happy enough with it and the tutorial's a clear and easy way to start. If I were to redraw this I might do the 3D effect differently. It was a good vanishing point exercise but I'm not sure it gels with my style of drawing. Plus, it's the style of the tutorial author. And in future I'll probably use more vibrant blues.

But I'm well happy with the wabbit image made from the 2 lower case b's back to back - reversing letters is a tip mentioned in the tutorial. I think I've found my tag! I worked directly on the mini studio wall using permanent markers because of the size and adding the image of the character bloowabbit's head. The result has more texture than paper but the colour intensity is lighter than paint would have been. 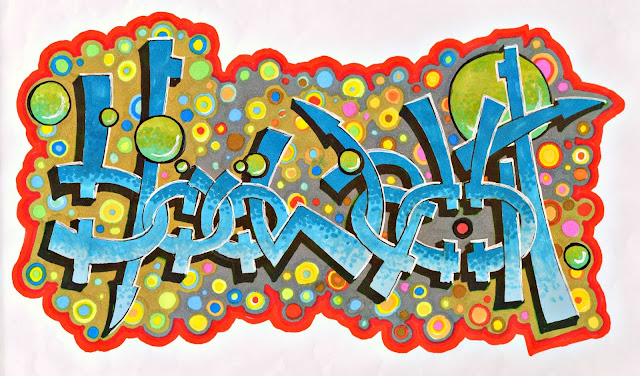 And on the exterior wall: 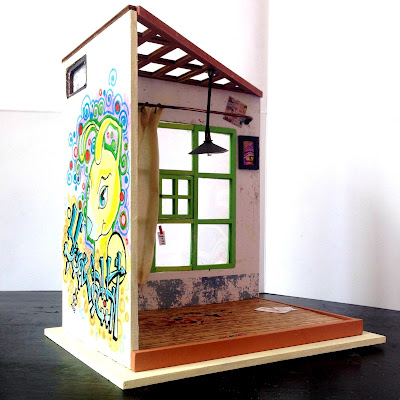 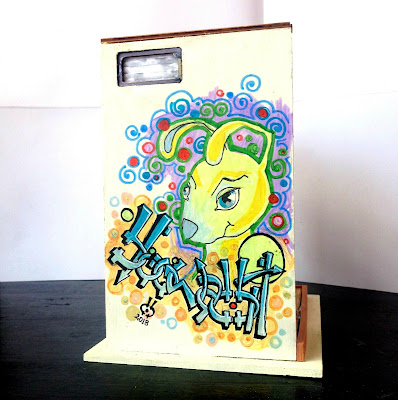 I feel the 3D effect isn't as marked as I'd like it to be so I'll probably develop that further.

I'm currently doing some 're-dos' of doodles and drawings plus trying to make a short video but there's also an art challenge coming up called Eye Doodle Challenge and it's hosted by Sea Lemon - it's an interesting one and worth checking out (link below).


Copyright © 2016 by Roisin O'Hagan/bloowabbit
All rights reserved. The artworks/illustrations or any portion thereof may not be reproduced or used in any manner whatsoever without the express written permission of the artist except for specific permission granted with a free downloadable.
Posted by Rois at 03:52