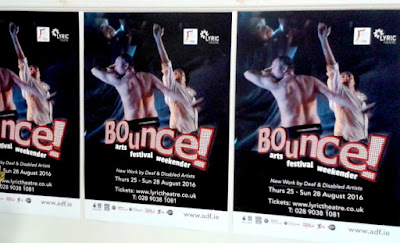 The last day of the festival !!!

I signed up for Jacqueline Wylie's drawing workshop. I'd already been to a similar workshop in May at the ADF Gallery and had got a lot out of that morning. Of all the events in Bounce! 2016 I was most looking forward to this. Pencils, chalk, charcoal, erasers and lots of paper. The instrumental music Jacqueline chose for us to draw to was a mixture of gentle treble and resonating bass. 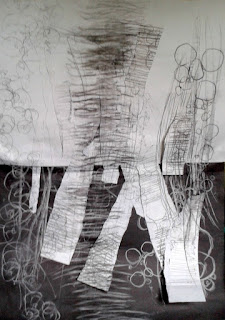 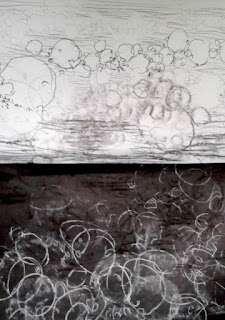 We began by using the different hardness and softness of pencils and following exercises to explore their use, holding pencils by the very tip, using our non-dominant hand, using variations of pressure. When we had completed a few pages of preparation work we moved onto larger pieces of paper made from taping A3 sheets together.


The dynamics of the group were different to the previous as this time there were 2 families with children. All three kids settled into the tasks set and produced some lovely pencil and charcoal work. There was also more informal discussion during the 20 min tasks which I found contra-indicative to meditative drawing. Perhaps the previous workshop, being set in a gallery with artwork on show, was more conducive to the tasks.

Some lovely work was created, my favourite being fine lines overlapping in an almost organic form, by a woman who had only recently begun to draw after a long period. Each drawn line was delicate yet the finished piece was robust. We had the opportunity to view each other's work. I feel my work this time was too contrived, I didn't allow myself the freedom of a new process that I'd experienced at the previous workshop. But I will work further on the techniques I used today.

Missed this trio of performances as I was invigilating at the ADF Gallery. I was delighted that Nikki McLaughlin was performing - I saw her few years ago and her theatrical piece was both strong and moving.

Spoke to Michelle, a parent who had attended this workshop with her daughter and both had enjoyed it. Helen Hall had facilitated a dance workshop for the ADF's Art & Biscuits group earlier this year and I liked the gentleness with which she worked. 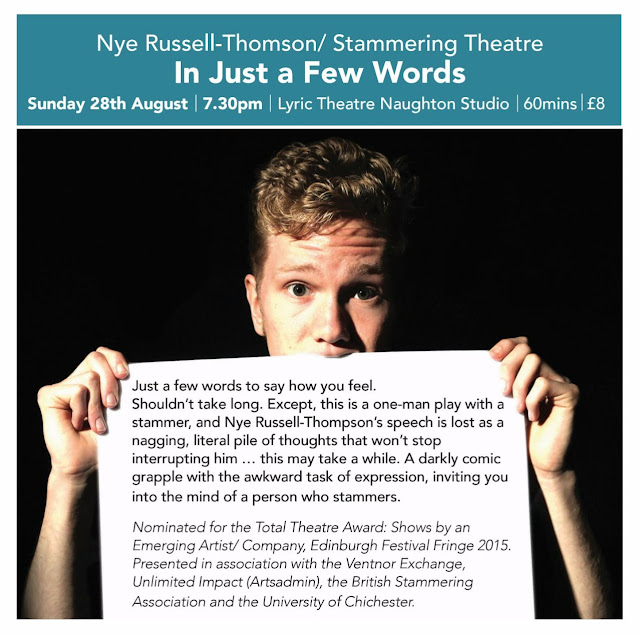 Nye's performance was a mix of dark humour and excruciating discomfort. How many times has someone felt like finishing the sentence spoken by a person with a stammer. How many people have heard the minutes tick by as a person with a stammer completes what they seek to say. The discomfort Nye portrayed on stage was echoed by the listener, the experiences of his stammering empathised by the greater audience. A powerful piece of theatre.

Although Nye has developed an ability to speak without stammering he is able to 'switch on' the part of him which does stammer in order to perform. Hugh from ADF had talked to Nye and learned that at the Edinburgh Festival Fringe 2015 the performer had delivered 18 performances. After repetitive 'switching on' of his stammer Nye was finding he had to re-learn his ability to speak without doing so. The stammer appears always to lie beneath.
www.stammermouth.co.uk