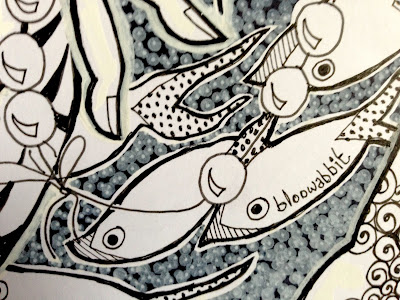 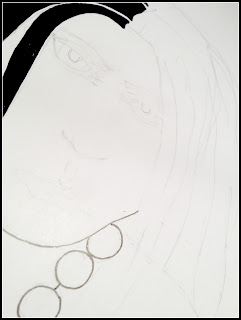 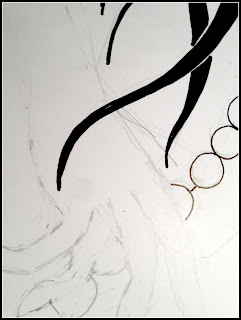 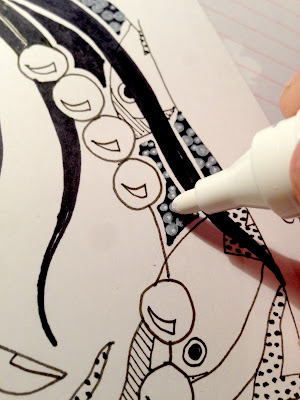 This was very much a doodle rather than a planned drawing as I wanted to try out working with black and white mediums together. Penciled and inked it and began to fill out the black areas first. The background needed to have its own texture so I blocked it out with black Sharpie and overlaid with dots of white from the Faber-Castell PITT marker which I'd found gave a soft effect. 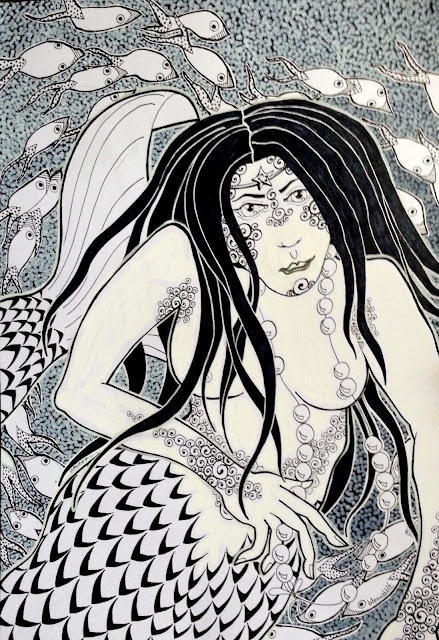 FInished the piece by roughly painting over the skin areas with Liquitex white which looked more ivory than white against the paper. I liked the rough technique alongside the defined black lines and feel that I'm getting closer to the kind of artworks I want to make. Something a bit more 'painterly'. 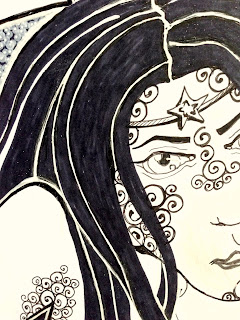 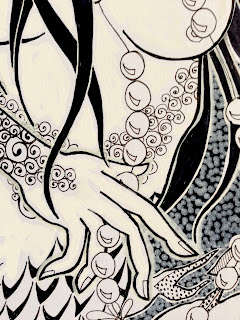 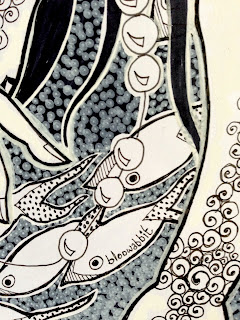 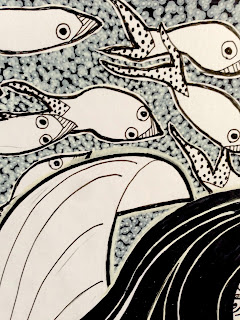 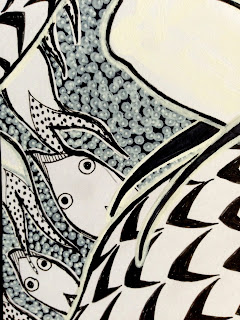 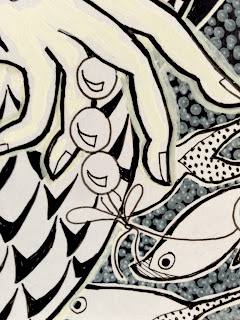 I redid the mouth as I wasn't happy even though this was a doodle and I'm not usually pernickety when it comes to doodles - they're the practise/ideas-down kind of drawings. Using the brush pen I drew lips over layers of Liquitex white which had covered the original mouth. I couldn't use a fineliner as it would have broken the surface of the paint whereas the brush pen was softer. I liked the result, and I'll use this mix of mediums again. 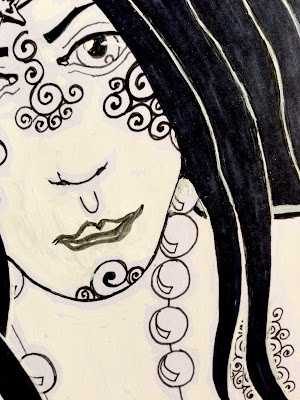