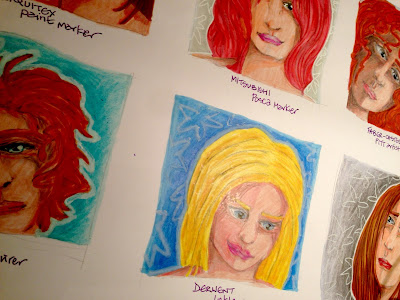 I usually use a white line around figures to make them stand proud and have tried out various gel pens for that purpose. Hybrid is useless, Gelly Roll isn't as good as I thought and my current favourite is Uniball Signo.

So I began to think about other white markers or pencils and wondered how good they'd be. Even the Signo gel pen can find it difficult to outline on top of the waxiness of coloured pencil.

I doodled six faces and tidied the graphite lines with a pencil eraser. 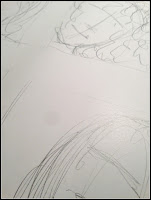 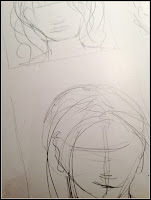 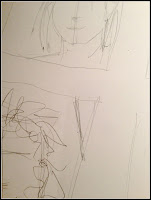 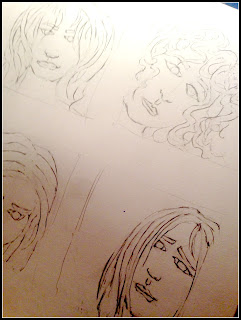 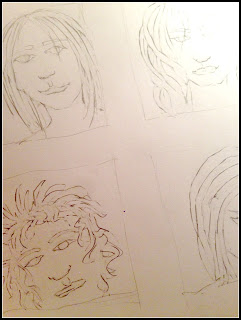 Used alcohol markers on Bristol Board and on top laid down a layer of coloured pencil - Faber Castell Polychromos. I used each of the six markers and pens to outline the heads and also drew open stars on the backgrounds. 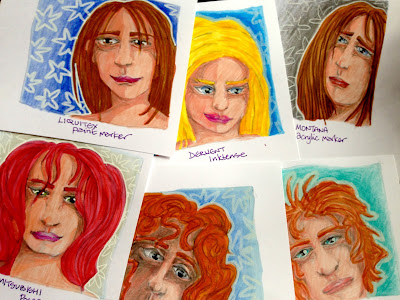 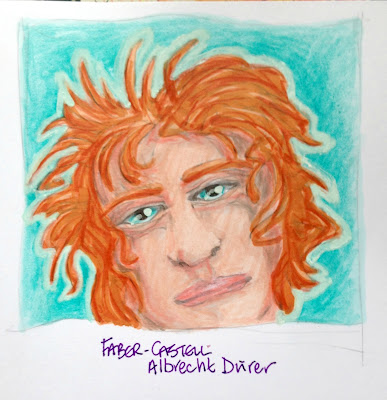 I used the Faber-Castell water soluble Albrecht Durer white pencil by dipping it into water before applying it around the head. It went down easily though I needed to sharpen it a few times as the line grew progressively thicker. (Forgot to draw the stars) 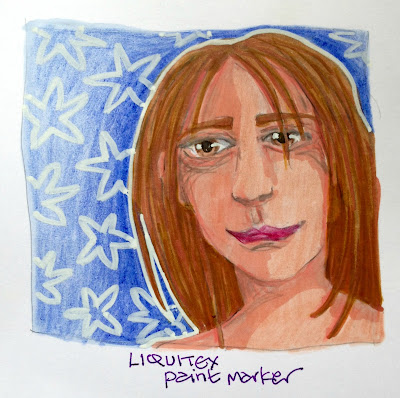 Liquitex paint marker was clear, definite and very easy to use. Wedge shaped nib. I found the marker in 2-4mm which was fine enough to work with. Clear stars on background. 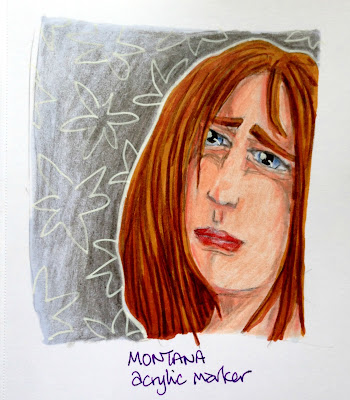 The extrafine Montana acrylic marker wasn't a brand I'd seen before. Pointed nib. It worked the best of the six mediums. Stars on the background were clear and fine. 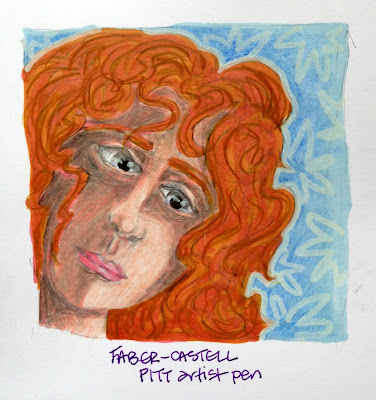 I'd used Faber-Castell PITT artist pens before and liked the quality of the indian ink. The only white marker pen I could find in this range was a large size which had a bullet nib. Coverage was okay but it isn't as vivid as some of the other pens. 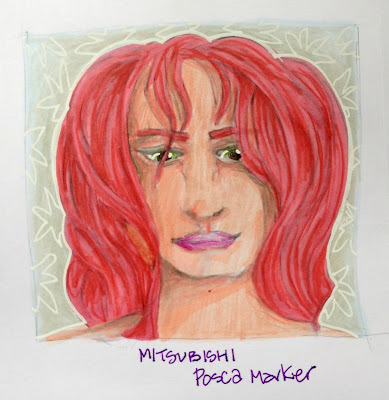 The Posca marker was small with a pointed nib and the results were very good, even over the pale grey background. Easy to use. 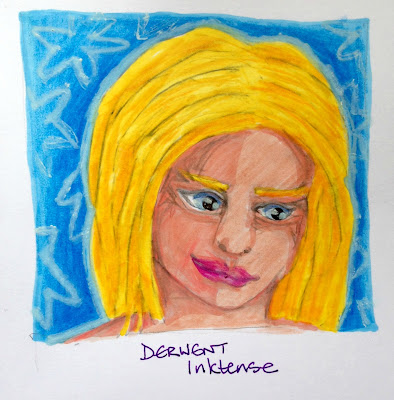 Of the two pencils I tried the Inktense didn't perform as well as I'd hoped. I dipped the point into water as it's soluble but it took a lot of dipping to finish outlining the figure. It covered the coloured pencil adequately but the result is soft and hazy. I'd be interested in trying this range on a separate project.

I'll probably be using the Montana, Liquitex and Posca and giving the Signo a rest.