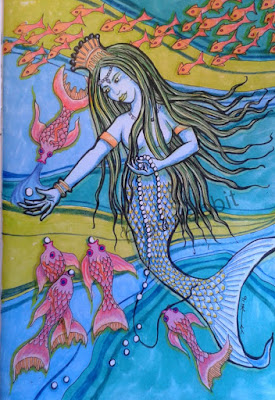 April 2016 saw the start of the mermaid drawings, very much doodled, and the anatomy of her hands could be better. Fish are her hovering friends helping her to gather fallen pearls from her broken necklace. 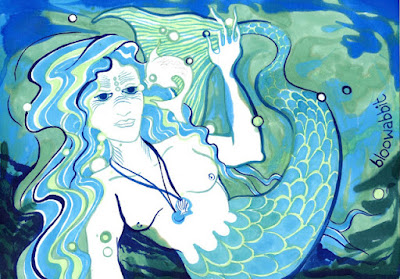 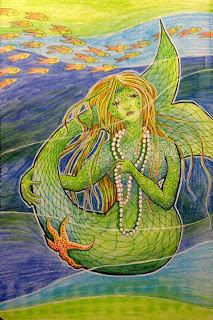 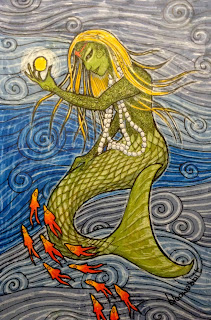 November/December saw the beginnings of the green mermaid, pearl necklace, glowing orb and those shoals of little orange fish. 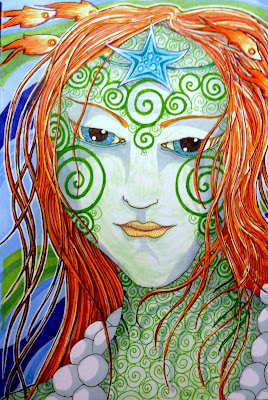 And a detailed study of her face as a first step to moulding her image as a recurring character. 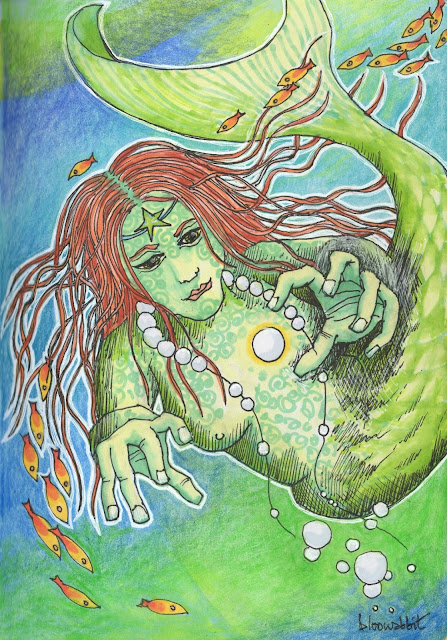 Using foreshortening, although roughly executed, is taking the mermaid a step closer to comic art. Creating drama. It was in February that the drawings began to become a series. 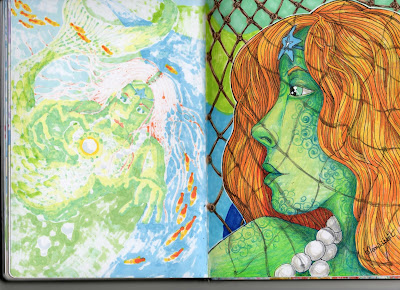 The most recent drawing in my sketchbook, March 2017, shows her trapped in a net and wondering how to get free. The next stage, her freedom, is currently what I'm working on. Sometimes stories unfold as I draw and re-draw similar images and characters.

Copyright © 2016 by Roisin O'Hagan/bloowabbit
All rights reserved. The artworks/illustrations or any portion thereof may not be reproduced or used in any manner whatsoever without the express written permission of the artist except for specific permission granted with a free downloadable.
Posted by Rois at 10:38