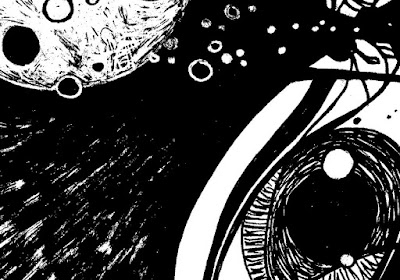 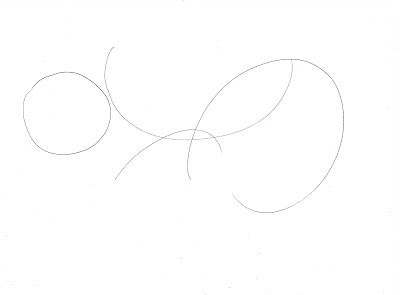 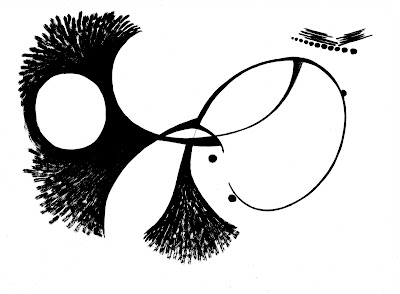 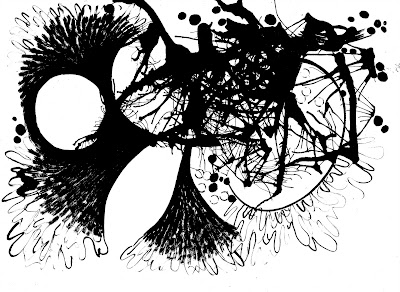 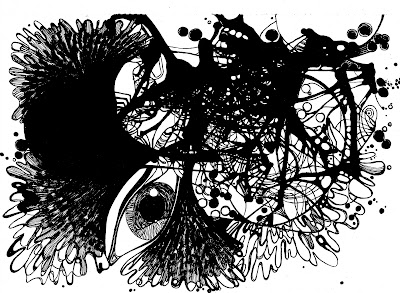 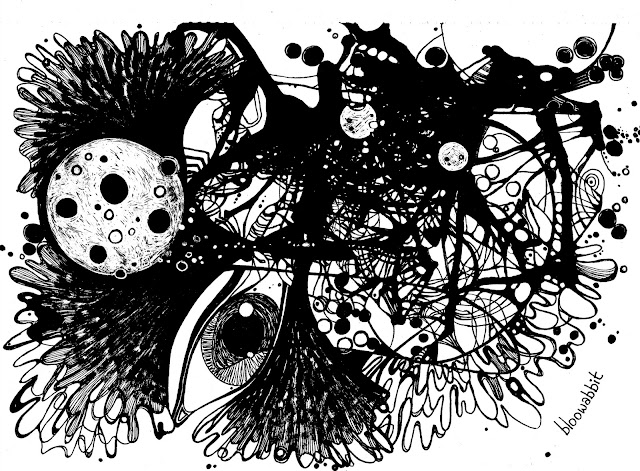 There's been a challenge going round called #inktober which is as it sounds - drawing with black ink during October. I began with a simple scribble and built up the picture using Pentel brushpen (which I've only just found out takes an replaceable ink cartridge - duh!), black ink from an ancient bottle of Pelikan, a black Sharpie and a selection of uniPin fineliners 0.1 - 0.8. I also used a little uni-ball Signo broad white gel pen (found some on Amazon).

Liked the rough texture which the brushpen created - sometimes a pen running out of ink can give interesting marks. I dropped the Pelikan ink onto the paper and blew at it using a straw. The tiny feathered lines were extended using fineliners. I had worked on the white circle on the left and didn't like it, so the Sharpie filled that in and the white gel pen was added on top to reclaim the white circle - I stopped myself from applying further layers of white to make it dense white - I really liked the woodcut effect. Tiny lines with a 0.1 fineliner extended the brushpen marks.

At one point I got quite irritated with what I was doing and scrawled over the top, throwing it to oneside before going to bed. In the bright light of morning I saw that I could finish it and adapted the scrawl into the overall image. I also realised I had been scanning each stage of the picture as Black & White. This gives a stark very well defined look. So when I had finished the piece I also scanned it in grey tones...looks very different - I especially like the greyness of the Pelikan ink. 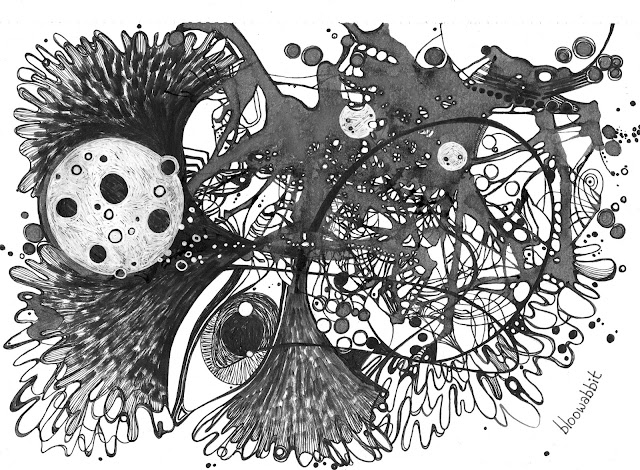