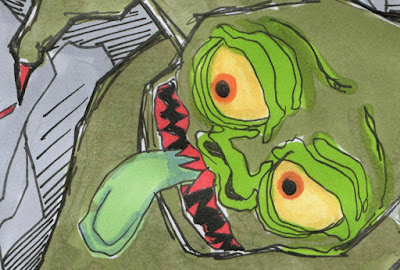 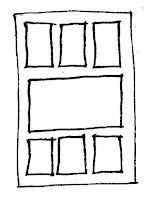 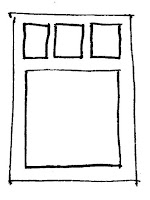 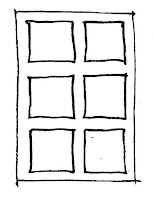 As an assignment we had to select three different grid designs to fill with the script. A single page comic for each variation. There were four which I thought suited the script - Big with Beats, Splash, Shattered and Cinematic.

Script:
The MONSTER crashes down the hallway towards our hero, DeeDee Danger, and her sidekick, Karl. She carries a laser blaster that looks like it would be useless against the hulking power of the Monster. Karl cowers behind DeeDee as the Monster's weight begins to collapse the concrete floor.
Karl: Get us out if here, DeeDee.
The floor is crumbling.
The whole place is going to come down!
Monster: AAUURGH!

Thumbnails are sketched roughly, getting initial ideas down on paper and changing to suit the overall layout. 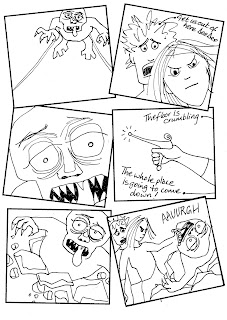 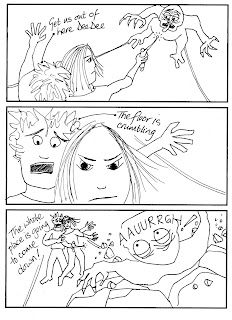 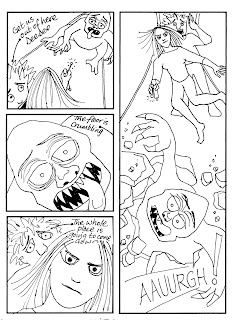 Shattered reflects the craziness of the situation and having six panels gives the opportunity to show the weapon, 'useless against the hulking power of the Monster'. Cinematic was a layout I wanted to try though it might work better if the images were drawn from a distance rather than being so close to the action. I liked Big with Beats layout, an initial panel with the situation summarised, two panels showing close ups of the heros and the monster followed by a long column showing the dramatic ending. 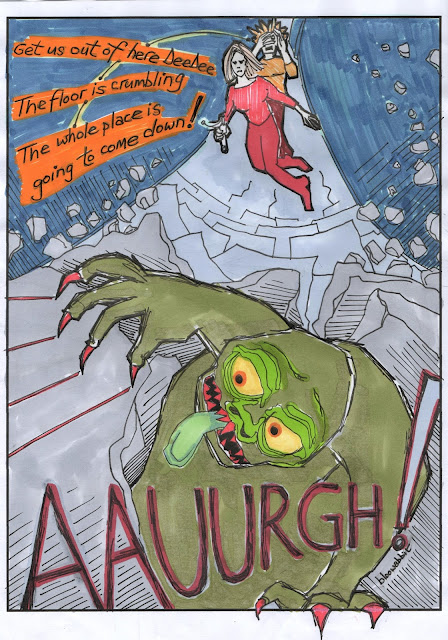 Splash was the layout that appealed most to me, a simple rectangular shape I'm used to drawing on as an artist. To include the three lines spoken by Karl I created a waterfall effect. There's a hint of the monster almost breaking out of the panel, his talons gripping the edge.