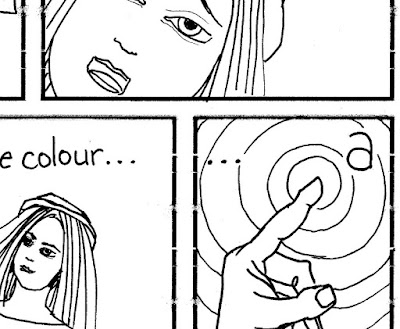 I signed up for a course with Kadenze thinking it might spur me onto completing a comic strip I'd started 5 or 6 years ago. Unlike some courses all the videos are not presented at once. Instead 3 videos are released each Tuesday and assignments set each week based upon what was covered. As I'm doing the course free my assignments won't be discussed or graded. Covering the coursework done in my blog gives me a opportunity to self-critique and I welcome comments from readers.

The first few videos covered what the definitions of a comic were, and there were a few. Following this was the various relationships between art and text. Lots of food for thought. 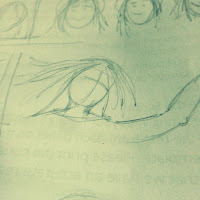 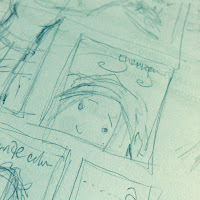 1st assignment is to create a 2 page comic based on some aspect of ourself. Comic templates were provided. I drew thumbnails in pencil on the back of spare paper and then began to fill in the template boxes, first in pencil and then in ink. 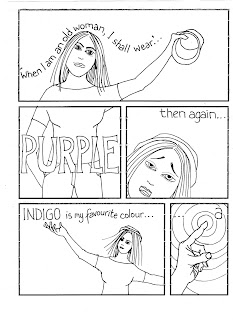 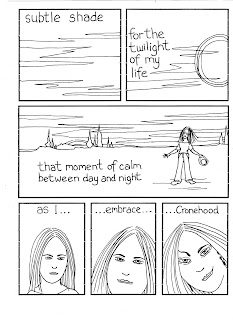 I had wondered if I was one of the oldest students on the course so I based my comic on the issue of age. Recently I'd read the poem 'When I am an old woman I shall wear purple' written by Jenny Joseph in 1932 at the ripe young age of 29. I included myself holding/wearing a hat as in the poem is the line 'with a red hat which doesn't go' and I could visualise the colours in the comic as being mainly purple and indigo with touches of red.

I like breaking through the confines of boundaries so the first panel leads directly into the second. I'm not sure about the top two panels on the second page - I feel they could be more visually interesting. When I looked at the assignment script after I'd finished I saw that I was supposed to include two panels side by side without text. If I learn something from this task it's to read the instructions before I begin. 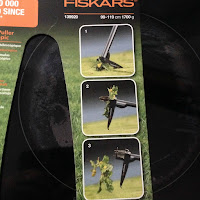 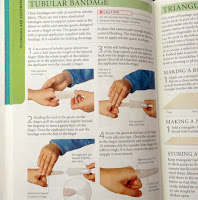 The second assignment was to look for comics in everyday life while understanding that a series of image and text might be described as a comic. The pictorial instructions on a Fiskars weed puller seemed to fall into that as did the step-by-step method of applying a tubular bandage from a first aid book.

I suppose by recognising extremes of an artform we don't confine our imaginations by pre-set boundaries.

As in most online courses we're encouraged to join a forum on the site and discuss each week's topic. The final assignment is to look at each other's comics and photos of extreme comics and leave a comment. At this point I really wish I could read what the other students and the tutor thought of my work. 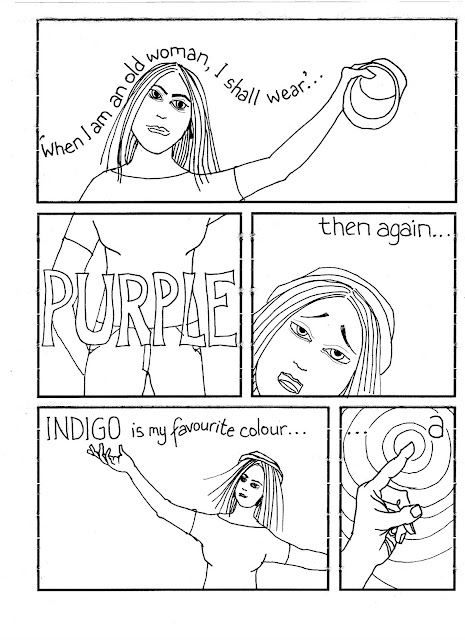