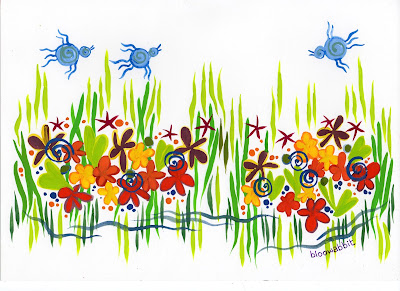 Had been playing with an old set of gouache paints (need to get replacements as half of them are dried up) and I found a new style which I'm having fun with. Mostly just brushmarks and spirals and flowers on white background.

So I'd wanted to follow up my last blog on Colour Theory by doing a Primary Colour piece and I did, also following the simple technique I've described above. 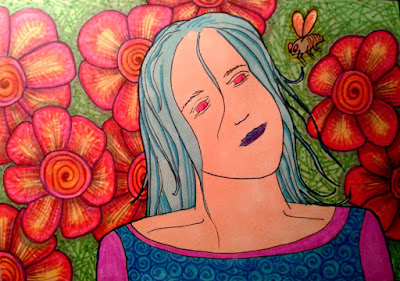 doodle of woman with bug

The doodle I redid was one from Feb last year which I used for a manga re-do (link here). It took me three goes before I let go of excess imagery. You know when you clear out a room or cupboard and you keep too much and have to clear it out again getting rid of all the stuff you thought you needed? Yeah, did that for this illustration. The first two tries were paint heavy and didn't reflect the light airiness of the original gouache 'Flowers' illustration. 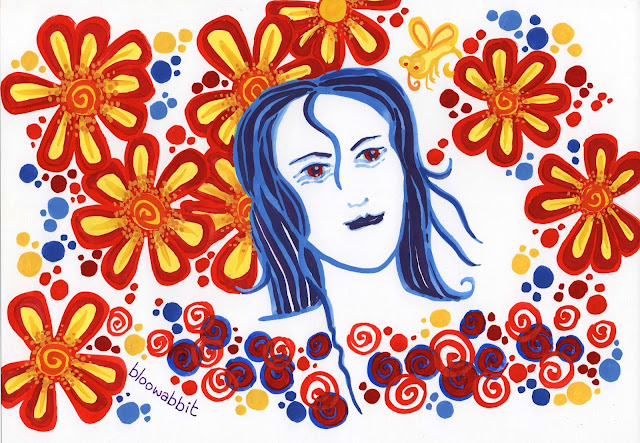 There was no initial pencil drawing before painting. By the third attempt I was filling the paintbrush with colour and simply making marks on paper using the original doodle as a guide. The figure could have more movement to it but otherwise I think it has a similar quality to a screenprint.