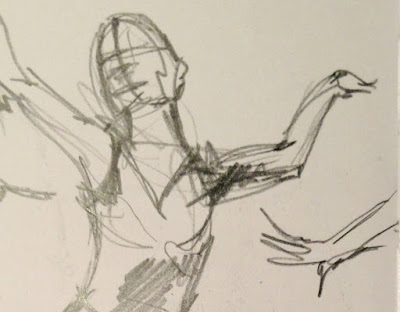 In the last blogpost Line of action was mentioned by MissKerrieJ as a tool to use for figure drawing. It can be set to suit your preference, female or male figures, or both. Nude or decent. Sessions and times have also selections. 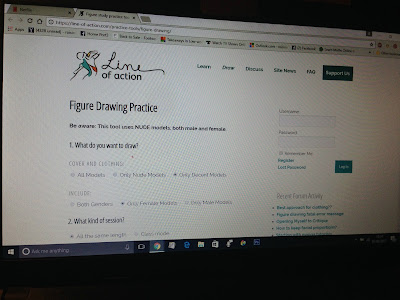 For my practice I chose female figure, decent and set it to same-length sessions. I began first with 30 second sessions to warm up and all sketches were done in my A5 sketchbook. Poses that appeared on screen were of ballerinas.

After seven quick sketches I moved up to 60 second sessions. At first I simply drew whichever figure came up next on screen but as I worked through the longer times I began to select poses. 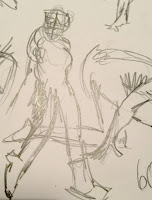 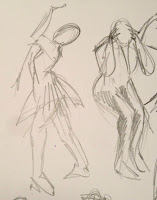 I preferred standing figures to sitting or lying poses and flicked past ballerinas in tutus.

For the 5 minute and 10 minute sessions I chose single figures.

The 5 minute session took the pressure off me, I could relax. But my quality of drawing didn't increase exponentially. Instead by relaxing I didn't push myself. I used this tool to begin by warming up with the 30 second sessions and then used pencil and eraser to work on the 10 min figure.

If I were to copy what my sister, who taught me art at school, had set my class as a task I would have worked on the longest session first and ended with 30 seconds. Then by the end of the exercise I might have found I could speed-sketch much more accurately. The 2 minute poses seemed to be my optimum. 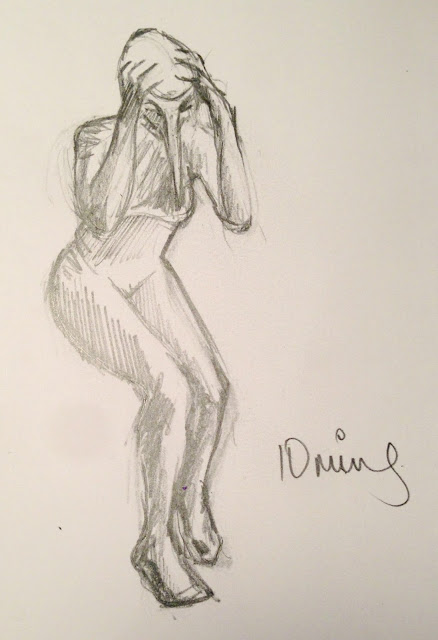