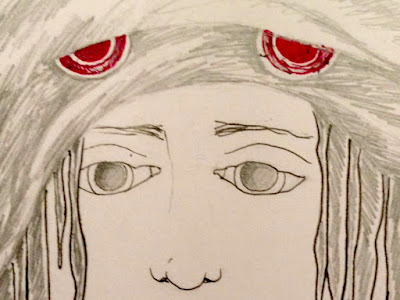 I had been thinking of the saying 'a grey cloud hanging over you' and began to draw it as though it were an entity. Creeping up behind a person and slowly taking over them, changing the person into a duller form of themselves. 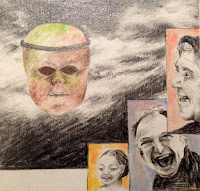 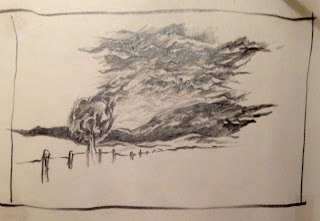 
I used to draw clouds with pencil, using mostly a bottom left to top right shading pattern and I used this style to draw the grey cloud entity. 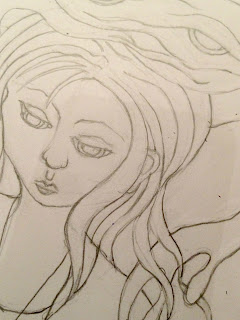 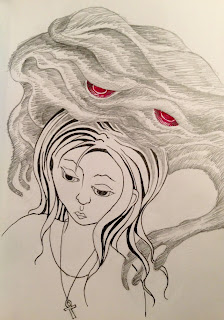 After neatening up the pencil I outlined the girl in black fineliner but shaded the cloud in pencil, making it very grey. Giving it red eyes indicated its malevolence. At first the girl isn't aware of the cloud behind her. 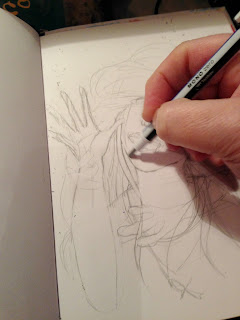 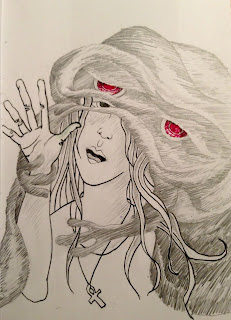 The second drawing follows the same process but now that the grey cloud has got a grip of the girl it starts to smother her. Strands of her hair begin to turn grey. 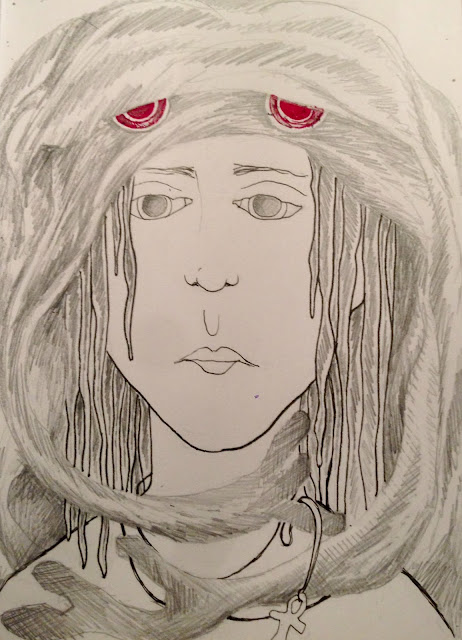 The third drawing sees the grey cloud has become parasitic and the girl is now a dull form of herself. Her hair is shaded grey and hangs lank around her face. Her eyes have grown dim and are also grey. The grey cloud has a grip on her necklace, an ankh, which represents life. She wears the cloud like a hoodie, its red eyes positioned almost like goggles to view her world.

After completing the third drawing I thought the girl as she now looks might be a good comic strip character.